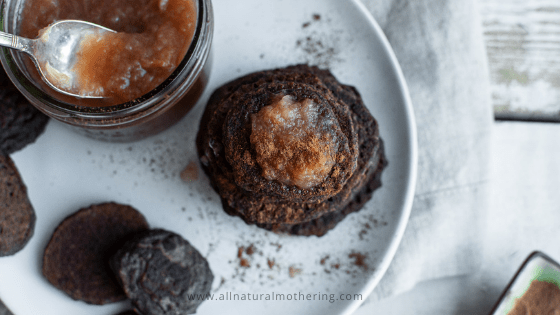 This apple cinnamon recipe is a perfect starting food for baby led weaning and is packed with wholesome nutrients great for developing baby.

These apple cinnamon pancakes are super easy to make, require minimum prep  and are loaded with natural ingredients such as applesauce, nutrient rich buckwheat flour and immunity boosting cinnamon. They get the sweetness from applesauce and can be further sweetened with maple syrup if need be.

These apple cinnamon pancakes are really nice to have on hand as a snack or when travelling. I suggest making pancakes small or cutting them up into small bite-sized pieces and serving them as a finger food for your baby.

You can serve these with extra apple sauce, fresh fruit, or even yogurt to get your baby accustomed to different textures and allow your baby to practice their dipping skills.

What age can your baby eat apple cinnamon pancakes?

These homemade apple cinnamon pancakes are best suited for six months of age and older (when they get their first teeth or able to chew without choking).

Although this apple cinnamon pancake recipe is suitable for babies without teeth, both toddlers and older kids love these as well. 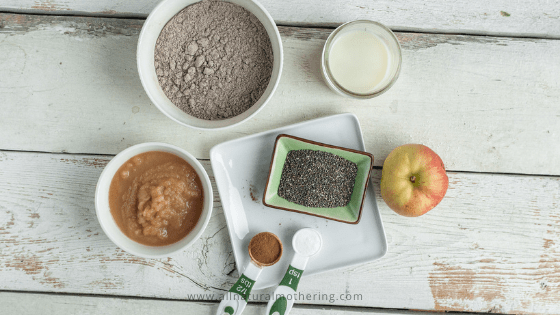 Benefits of these apple cinnamon pancakes

All the ingredients in this recipe are nutritious for your growing little one and can be found easily at your local store.

You can avoid processed sugars and unwanted additives, commonly found  in a pre-packaged pancake mix by making pancakes at home with little prep.

Buckwheat Flour is a nutrient rich seed. Besides being gluten and wheat free, It contains four times as much fiber as whole wheat flour and is a good source of complete protein, iron, folate and even vitamin K.

Apples are a great choice for one of an infant’s first food. They are easy to prepare, easy to digest and are full of nutrients. They are rich  in Vitamin C, fibre and phytochemicals. Look for organic applesauce without any additives or make your own at home by cutting up apples and cooking them down to a puree.

Don’t be afraid of feeding your baby chia seeds. They are an excellent source of omega 3 fatty acids, protein ,fiber, antioxidants, and calcium. They are also high in Iron which is important for brain development and magnesium and B vitamins.

Almond milk is a great source of calcium and vitamin D for babies. However, it lacks the protein commonly found in cows milk. However, when paired with other protein sources such as chia seeds and applesauce here its a great addition to baby’s diet.

Cinnamon is considered safe in small quantities for babies that are starting solids. Cinnamon is known for its anti-inflammatory and antioxidant benefits. Its also great for improving digestion and helps boost immunity.

*Please note that its important to choose only Ceylon Cinnamon as Cassia should not be given to babies.

Coconut oil is well known for skin care benefits but did you know its also great for consumption. Coconut oil is a good source of fat, protein and calories for developing baby. It can help ease baby’s digestion and helps with constipation. 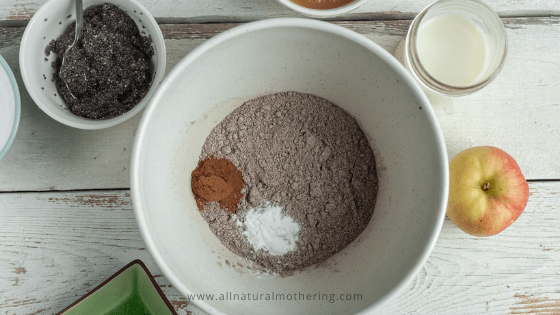 What do you need to prepare

Substitutions for the recipe

This recipe can be adjusted based on your babies needs and taste.

Here are a few suggestions to add to the batter so your baby exposed to different tastes and expand the palette. 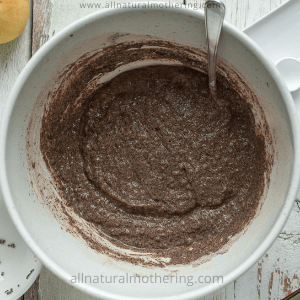 How to Store Apple Pancakes

Apple pancakes are a great make-ahead food and they can be enjoyed cold or re-heated easily.  Just make sure to allow the pancakes to cool to room temperature before storing.

1 cup of buckwheat flour or other gf flour
3/4 cup or 2 pouches (90ml) of unsweetened applesauce
1 cup of milk (dairy or non-dairy)
1 teaspoon of Ceylon cinnamon
1 teaspoon of baking powder
2 tbsp of chia seeds with 5 tbsp of water
Coconut oil for frying
Add in: Maple syrup 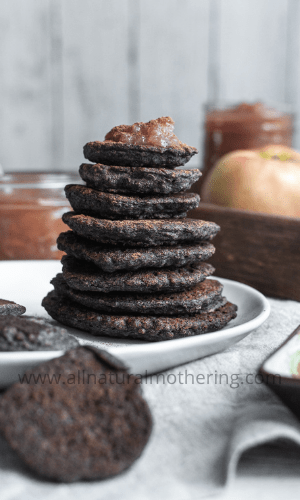 *Please note that if you substitute buckwheat flour with other type of flour, pancakes might need extra few minutes to cook and the batter will be a bit thicker. Which you can thin out by adding a few more tablespoons of milk.

About the Author: This recipe was created and photographed by Natalia Groch, blogger and recipe developer at cravingavocados.com 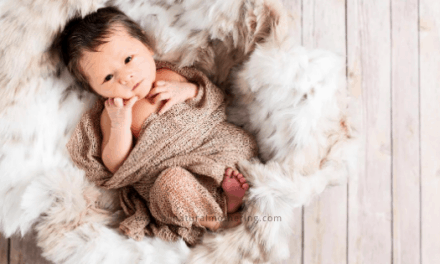 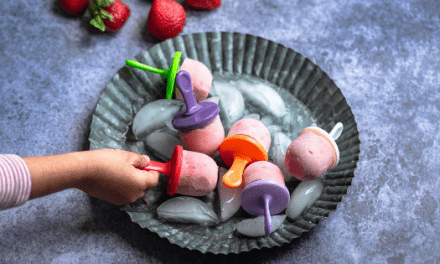 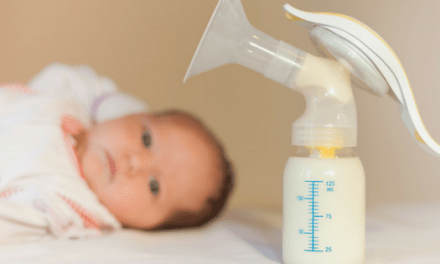 Breast milk for Baby Acne? And, Other Natural Remedies that Work! 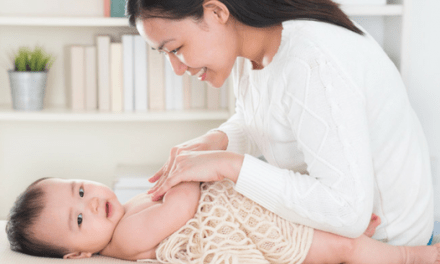